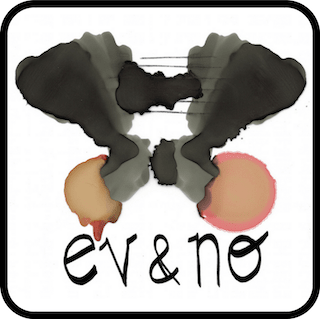 Creativity is innate, and quite the bonus track, to the human brain.  This ability to imagine something outside of reality can be as much of a blessing as it is a curse.  The building of this imagined world, whether it be through architecture, science or painting lends itself to a great sense of purpose.

Multi-media artist and owner of EVerything & NOthing, Amanda Prairiewind Hess, works in a variety of mediums.  She loves each one for different reasons, but her first love for drawing and painting runs deep.  Lucky enough to grow up in a household that encouraged and celebrated the arts, she’s been at it for as long as she can remember.  Soon after earning her degree in studio arts, she began selling her medium-large scale paintings.  After studying and exploring many styles, it became clear to her that she finds it much more stimulating to create a world only she can.  A world made up of a variety of inputs from her unique life experience, rather than attempting to render what is there.  Most of Amanda’s paintings and alcohol ink pieces start out by choosing colors, then letting intuition take ahold and guide the process.  During this time she is more of an energetic conductor than a controller.  In many cases, she chooses to bring a form to areas of the non-objective, first layer.  It’s common for these forms to begin to appear on their own and she simply notices them and pulls them out further.  Human bodies, especially female, are often carefully placed to add a focal point as well as an aspect of universal familiarity that connects and grounds.  Aside from the personal benefit from the meditative quality of repetitive mark making, repetitive lines are are also commonly used in her work to connect separate areas and/or forms, to add movement and to define.

Essentially, Amanda creates to connect more deeply to herself and wants nothing more than for that feeling of wholeness and connectedness to expand to anyone who takes the time to stop and look at her work.

Your cart is currently empty.

This is only visible to you because you are logged in and are authorized to manage this website. This message is not visible to other website visitors.

Below, select which favorite lists you would like to save this product into.

This means you can use the camera on your phone or tablet and superimpose any piece of art onto a wall inside of your home or business.

To use this feature, Just look for the "Live Preview AR" button when viewing any piece of art on this website!

Enter your email below and we'll send you a 15% OFF coupon!

This offer is valid for NEW CUSTOMERS only!